News
You are here: Home1 / Faculty News2 / Tama Hasson and Michael Alfaro Among the Winners for the 2016 Diversity,...

The Academic Senate and its Committee on Diversity and Equal Opportunity (CODEO) have announced the recipients of the 2015-2016 Diversity, Equity, and Inclusion (DEI) Awards. Each year, CODEO honors one undergraduate student, one graduate student, one staff and four faculty members for their contributions to furthering a diverse, impartial, and inclusive environment at UCLA. 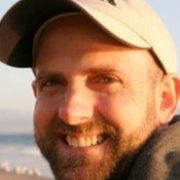 Faculty Student Development DEI Award Recipients: Professor Michael Alfaro, a professor in the Department of Ecology and Evolutionary Biology, is this year’s Faculty Student Development DEI Award recipient. In the Spring of 2014, Professor Alfaro was one of the campus leaders who was tasked with developing a proposal to establish a diversity course requirement for undergraduate students in the College of Letters and Science. The proposal articulated the goals of the diversity requirement at UCLA as well as set criteria for courses satisfying the requirement, including numerous community-based courses. His leadership in this area contributed to the successful passage of the diversity requirement. Professor Alfaro also chaired the Diversity Implementation Committee that was charged with developing a process for syllabi evaluation, determining demand, and existing capacity for the new requirement and identifying additional resources required to mount the requirement for Fall 2015. He currently chairs both the Diversity Initiative Steering Committee and the Diversity Requirement ad hoc Committee. 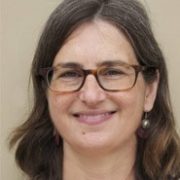 Staff Diversity, Equity, and Inclusion Award Recipient: Tama Hasson, the Academic Director of the Program for Excellence in Education and Research in the Sciences (PEERS), is this year’s Staff DEI Award recipient. She has personally worked with and mentored more than 1000 students through a variety of programs at UCLA, all of which emphasize the success of students from underserved backgrounds. Dr. Hasson also played a leading role in the development of the curriculum that prepares these students to succeed in majors where they often are not successful. Since arriving at UCLA she has obtained at least 10 grants to support underserved and minority students to achieve educational and research excellence.

Want to join the discussion?
Feel free to contribute!

Q and A: STEM Career Advice From NASA’s Chief Scientist